ALL ATTORNEYS ARE NOT CREATED EQUAL EXPERIENCE COUNTS!

I am a partner and trial attorney with the law firm of Aiken, O'Halloran & Associates. I have lived in Fort Myers since 1973. I graduated high school from Bishop Verot in 1992 and received my undergraduate degree from Florida State University. I graduated from law school in 1999 and was admitted to the Florida Bar in April of 2000.

After being admitted to the Bar, I worked at the State Attorney's Office prosecuting misdemeanor and felony cases for three (3) years. I handled misdemeanor cases in Charlotte County, including misdemeanor DUI's, domestic violence batteries, petit thefts, driver's license offenses and fish and game violations. I tried dozens of cases in Charlotte County and eventually took over the juvenile prosecutor's position before moving to take on felony matters in Fort Myers.

After gaining trial experience from the State Attorney's Office, my partner and I established the law firm of Aiken, O'Halloran & Associates early in 2004. Our law firm represents people charged with all types of State and Federal criminal offenses. We are trial attorneys with the experience to defend people arrested in Collier, Lee and Charlotte Counties.

In addition to our trial experience, our office focuses on thoroughly investigating your cases in an effort to defend you. Regularly, we use and investigator to take statements on our client's behalf, question witnesses involved in an arrest and collect evidence to support appropriate defenses. Often this results in our office having an opportunity to present our client's defenses to a Prosecutor prior to a filing decision being made by the State Attorney's Office. In this way, we are able to resolve many cases without charges being filed, or negotiate a resolution to a reduced charge for a more reasonable sentence.

I am a fourth generation native Floridian. My undergraduate degree is in accounting from the University of South Carolina. After graduation, I served in the United States Treasury Department as a special agent with the Intelligence Divisions. The enforcement training regimen consisted of basic training in Federal Criminal Investigation, which included techniques of interrogation, surveillance, photography, forensics and report writing. Specialized training included investigating and prosecuting Federal Criminal Tax Violations. Formal legal training included a Juris Doctor degree from the University of Miami. After joining the Department of Justice, I served for several years as a trial attorney in the US Attorney's Office in Miami, Florida handling a wide range of Federal violations including tax prosecutions, drug prosecutions, firearms prosecutions, and other Federal violations. I left the United States Attorney's Office to join the firm of Cohen and Hogan then located on South Beach. At the time, Cohen and Hogan was one of the best known criminal defense firms in Miami, specializing in complex Federal criminal litigation involving wiretaps, racketeering, and major fraud cases.

In 1974, I moved my practice from Miami, Florida to Ft. Lauderdale, Florida where as a sole practitioner expanded my practice to include State criminal defense. I practiced in Ft. Lauderdale, Florida from 1974 to 2002. During that period of time, I developed one of the largest Federal criminal practices in Broward County and represented people throughout the United States in various Federal venues. Many of these cases were complex multi-defendant conspiracies. My Federal Trial experience includes jury trials in Los Angeles; Salt Lake City; New York City; Cleveland, Ohio; Florence, South Carolina; Georgia; Virginia and North Carolina and handled relating proceedings in other states, including Mississippi; Michigan; Illinois and Massachusetts. My admissions to the Appellate venues include the 11th Circuit Court of Appeals, the 4th Circuit Court of Appeals, the 5th Circuit Court of Appeals, and the 3rd Circuit Court of Appeals, as well as the United States Supreme Court. I am at this time a member of the bar of four (4) states including Florida, Colorado, Wyoming and Montana. In terms of trial experience, I have participated in approximately 200 jury trials encompassing almost every conceivable type of criminal violation, including homicide, drug violations, conspiracy, racketeering, firearms violation, securities violation, wire and mail fraud, wildlife violations, income tax fraud, sales tax fraud, employment tax fraud, high seas violations, explosives violations, embezzlement, theft, counterfeiting and forgery, labor law and racketeering violations, bribery and smuggling. Over the years, my clients have included a congressman, a number of judges, politicians, and people from every walk of life from the clergy to the homeless. As a Federal criminal practitioner, I have also extensively represented witnesses and targets before Federal grand juries and in that capacity, over the years, represented numerous organized crime figures involved in gambling, extortion, prostitution, loan sharking, and racketeering.

In 2002, I expanded my practice to include the Southwest Coast of Florida and formed a partnership with Sean C. O'Halloran, a former State Prosecutor in both Charlotte and Lee County. Mr. O'Halloran is the son of a prominent lawyer and a native Fort Myers resident. The combination of my 30 years of experience and his local knowledge and reputation culminated in the expansion of our practice to Sarasota County and Charlotte County. We now maintain offices in all three counties. 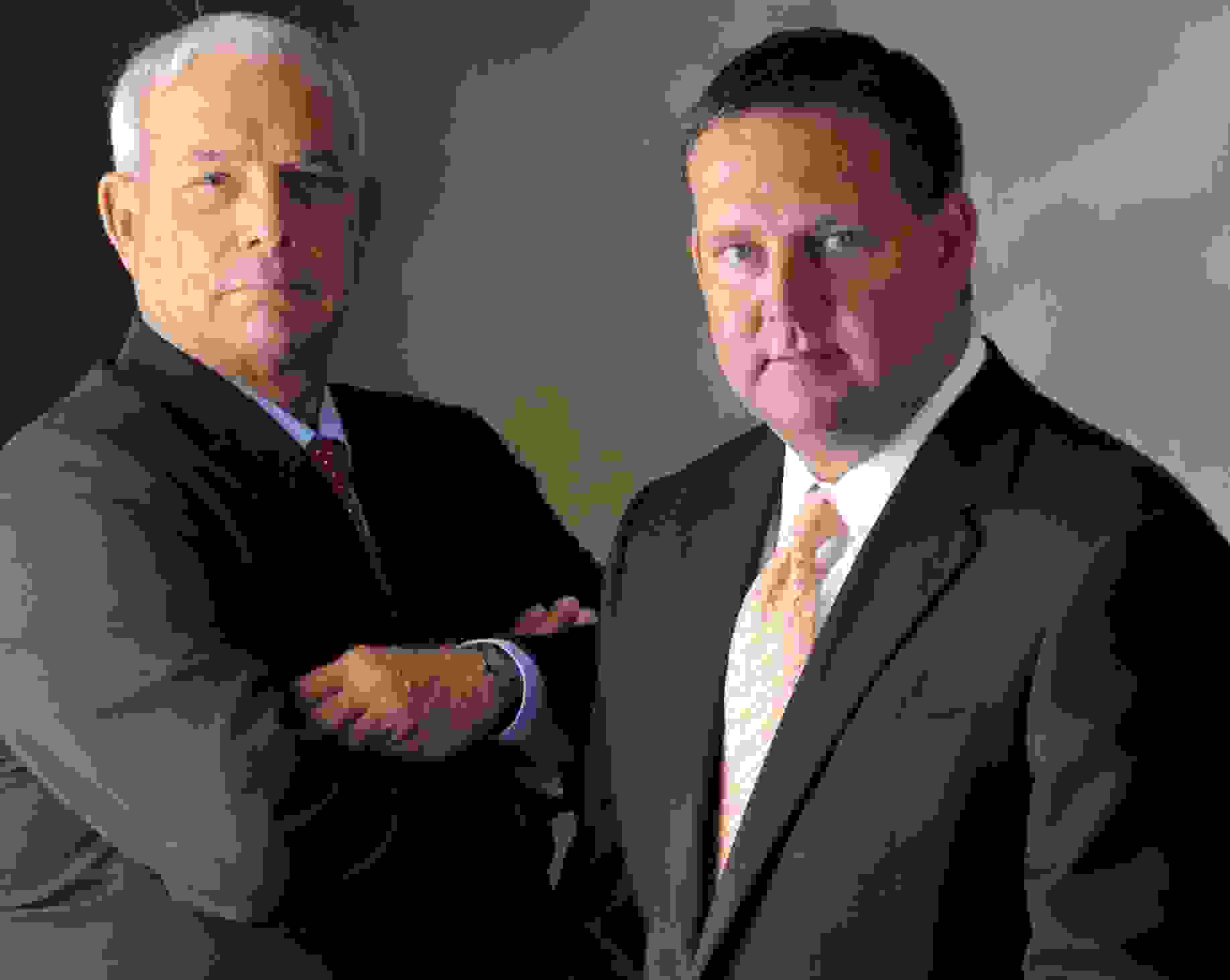